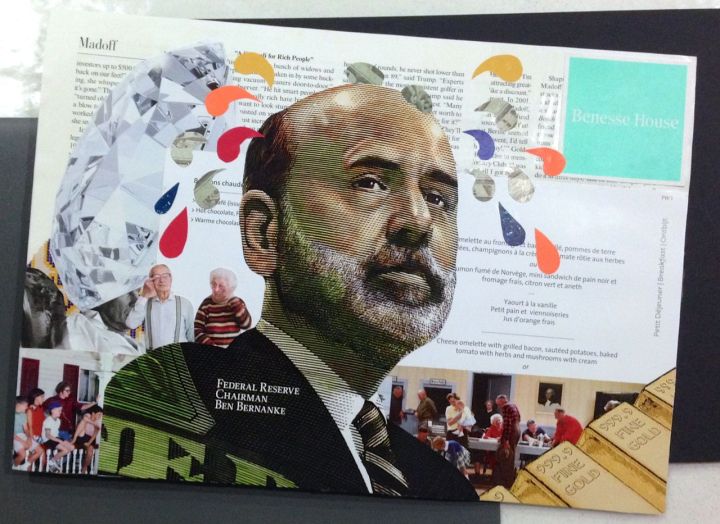 Here’s a strange one for you. In 2010, I created a series of artworks about words that sound the same but have different meanings. I called the series Same Same But Different.

They were based on odd out-of-sync homonyms like Gulf Golf, Oprah Opera, Poor Paw and Line Lion.

I created these at a time of great upheaval, when the world was looking at how the financial system could have gone so horribly wrong and how no one saw the financial collapse coming.

There was an enormous amount of pressure on Ben Bernanke as the Chairman of the Federal Reserve to act and do something to save the world’s financial systems. I admired his resolve.

There were also some not so endearing characters, like Bernie Madoff, who created one of the most outrageous Ponzi schemes in history – and was imprisoned for 150 years.

What’s so odd about all this? This piece has been bought by a collector in Saudi Arabia. As an artist, it’s great to have someone buy your work and support you. It’s just, well, it just feels odd, strange.

Now I have works in private collections in Sydney, London, Uckfield, Brooklyn, the Bronx, Macon and now Saudi Arabia.