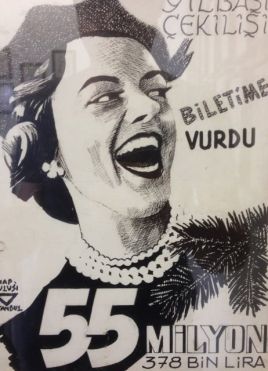 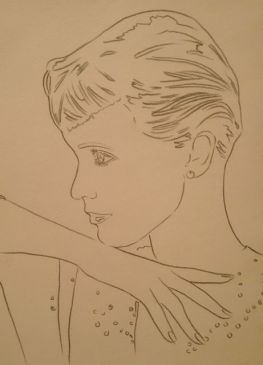 Here’s the thing. As an artist, you’ve got to start somewhere. Today, in Istanbul I came across an amazing juxtaposition of two artistic greats, whose artistic careers led two very different trajectories. And I had to ask myself, why? Why does one achieve international acclaim and become a household name, while the other is relegated to a small back room at a university gallery.

Follow the paths of Andy Warhol and Ihap Hulusi for a moment with me. Hulusi drew everyday in Munich, joining the Kunstgewerbe poster department. His work was exhibited well before he returned to Turkey creating posters for the Turkey Lottery. Warhol studied commercial art at the Carnegie Institute of Technology in Pittsburgh and started a career in magazine illustration and advertising.

Both were skilled designers and graphic artists, both displayed incredible draftsmanship and imagination. Yet only one, became a worldwide phenomenon. Only Warhol successfully rocketed his career from his advertising background with his solo show at Eleanor Ward’s Stable Gallery in 1962 with his now famous, though initially reviled, soup cans.

How does this happen? Hulusi was encouraged to move to the United States but instead return to Turkey. Is success all about place? Being in the right place? If this is true, then as artists should we migrate to where there are explosions in art? Is it about personality or creating a persona for yourself as an artist? Do you have to be bold both in personality and art to succeed? Is art not enough, do we need to create a myth for ourselves, create an idea, a brand that people can buy into? And do we get to leave this persona behind when we go home for supper – or do we always have to live this person? Can we never take off our wigs? The question is how much are we prepared to sacrifice for our art. The answer is terrifying – it has to be all or nothing. 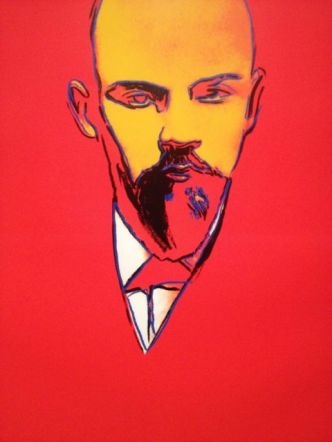