The National Gallery of Australia is gearing up for a massive Toulouse-Lautrec, it’s not open yet but I did see a great spread of Albert Tucker works where Sidney Nolan used to be (apparently, Nolan is off to Ireland).

Albert spent some time living in a home made trailer on the banks of the Seine in Paris. His work is a little cray-cray, clearly disturbed by WWII and the collapsing levels of morality, his images are dark and unsettling with a series about Modern Evils. I particularly like Image of Modern Evil 9, the cinema with it’s stark white screen and coupling in the empty cinema. Stark and confronting even 60 years after it was painted. 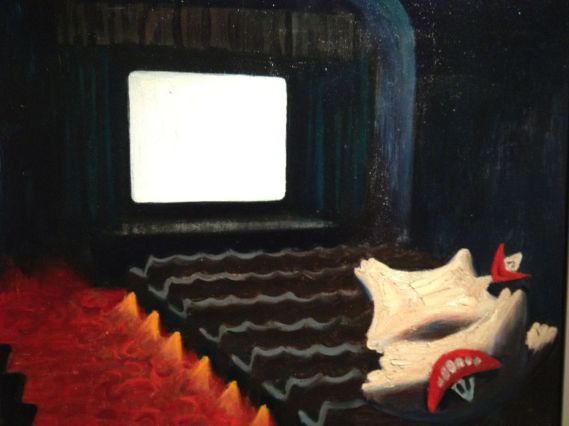